Packers and Movers in Ahmedabad 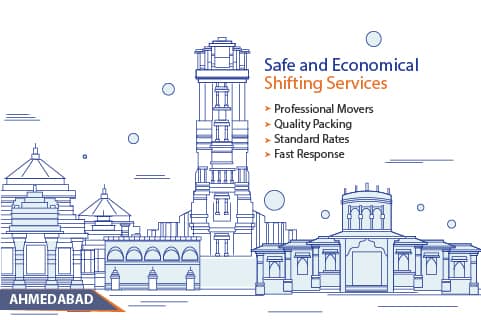 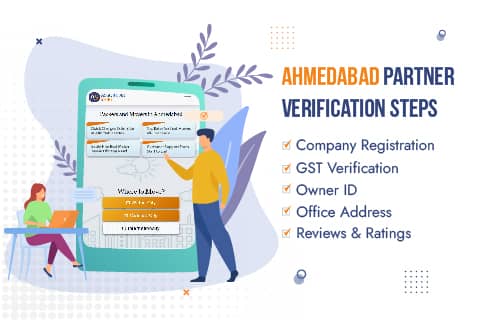 You can directly scroll through our list of movers and packers in Ahmedabad and identify the best-suited Ahmedabad shifting company as per your shifting requirements, contact them to discuss your shifting needs, and quickly get cost estimates. Another easier method to hire best packers and movers in Ahmedabad is by sharing your required moving services and budget for home shifting within or outside Ahmedabad. Within few minutes, we will refer you to 3 best movers and packers Ahmedabad company profiles along with their estimated home shifting charges in Ahmedabad for your submitted requirements. You can also request each of our referred mover and packer in Ahmedabad firm to conduct a physical pre-move survey, especially if you have a large number of moving items, to get accurate packers and movers Ahmedabad price list.

Finally, all you will need to do is compare the price estimation, reviews & ratings, and services offered by packers and movers Ahmedabad, their list of packing and moving services offered, and their previous customer’s packers and movers reviews and ratings. Identify & select the most suitable relocation company offering best household shifting services in Ahmedabad within your budget and hire them to enjoy safe and smooth house relocation within Ahmedabad or to a completely different city. 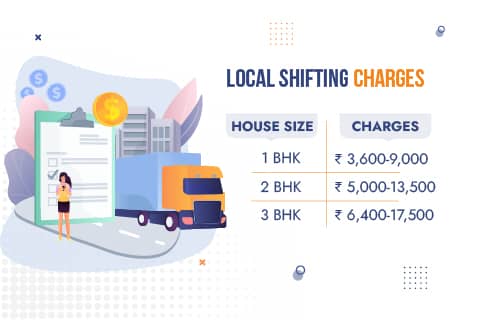 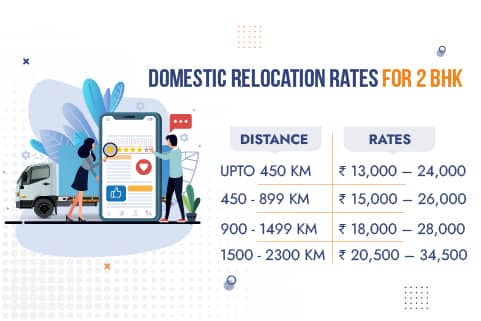 The cost of hiring packers and movers in Ahmedabad depends on many aspects ranging from the total number of goods to the total distance travelled. Considering these aspects and the average pricing of relocation companies in the city, we have come up with some approximate values that will help you plan your move.

Services Offered by Movers and Packers in Ahmedabad 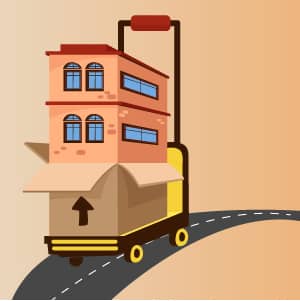 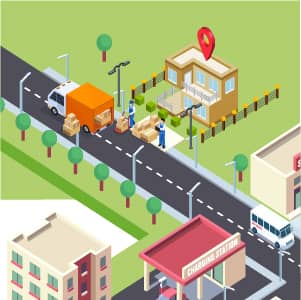 Domestic packers and movers in Ahmedabad use top-quality packaging supplies like corrugated sheets, bubble wraps, foam rolls, packing peanuts, and edge guards to protect household goods from damages. For safe shifting to a different city, professional interstate movers and packers Ahmedabad use appropriate shared or dedicated trucks for transporting home goods. Top intercity packers and movers Ahmedabad aim to deliver goods safely and on time to your doorstep at the destination city.

Experienced packers and movers in Ahmedabad will first dismantle loose parts of the bike/car that are easily breakable during transit like mirrors, stand, customized accessories, and other removable parts of the vehicle. Packing is done with bubble wrappers and corrugated sheets to protect the 2/4 wheelers from scratches and damages. The vehicle will be transported in appropriate open/enclosed bike or car carrier trucks to securely delivered to your doorstep on time. 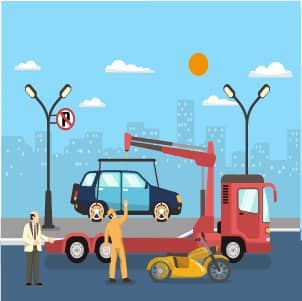 The vehicle relocation company at Ahmedabad checks your car/ bike condition, and fuel available, before moving. All the removable parts will be dismantled professionally using the right tools, & will be packed carefully to prevent your vehicle from scratches/damages. Moving companies use equipment like wheel chocks, straps, etc to ensure safe transport of your car/bike via vehicle trailers. 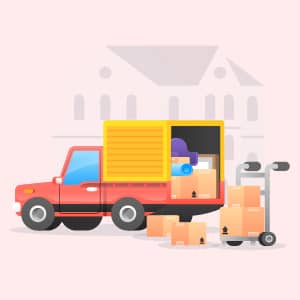 Ahmedabad moving and transport companies offer truck rental services if you need only transportation for shifting your goods from origin to destination within Ahmedabad. Whether you are moving household or commercial goods, Ahmedabad mover and packer companies offer complete logistic solutions including handling various challenges during transit. Packer mover Ahmedabad ensure safe transport and timely delivery of goods. 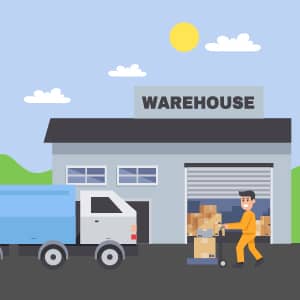 Top moving and storage agencies have secure warehouse facilities with 24/7 CCTV surveillance along with insurance cover. Customers can keep their household or commercial goods at any professional movers and packers storage facility in Ahmedabad for as long as required. Packers and movers in Ahmedabad cost for storage will be charged on a daily, weekly, or monthly basis as per your convenience. 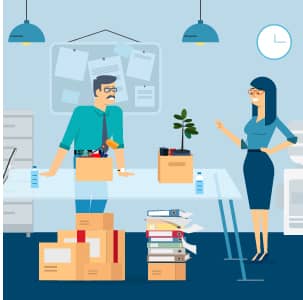 Workplace relocation in Ahmedabad is best done by experts who can dismantle and pack fragile office goods and IT equipment like LCDs, monitors, projectors, printers, and much more. Office packers and movers companies are capable of relocating and setting up the office space in lease downtime and zero risks of damage. Office relocation services in Ahmedabad also involve the use of latest handling equipment like hand trucks, moving dollies, sliders, etc., for secure loading/unloading of expensive and valuable office goods. 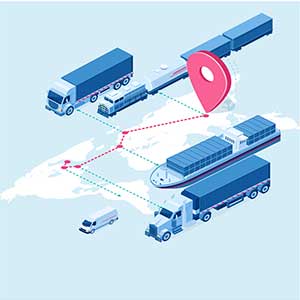 International packers and movers in Ahmedabad can help move cargo goods like home goods, office items, vehicles, or other parcels to any country. Professional cargo shipping companies in Ahmedabad are experienced in carrying out international shipping services in Ahmedabad from start to end. Cargo movers and packers Ahmedabad will pack goods using global standard packaging materials, take care of import/export documentation, customs clearance at both origin and destination, and also provide you the consignment tracking.

Ahmedabad holds a special place in India and its history for being the first World Heritage city in the country. Located on the banks of the river Sabarmati in the state of Gujurat, it is the largest and the most developed city in the state.

The history of the city dates back to the 11th century, when it was inhabited by the Solanki rulers but gained prominence when it became a capital under the Muzzafarid dynasty.

Now, Ahmedabad is one of India’s largest economic and Industrial hubs and is called the Manchester of India due to its fabled cotton industry. It is the seat of Gujurat’s high court and, until 2018, the home of the second oldest stock exchange in the country, the Ahmedabad Stock Exchange.

The city has a semi-arid-type climate which is extremely dry. It has hot summers and very cold winters where the temperature can drop to 1 degree Celsius. The city has three seasons, summer, monsoon, and winter and receives very little rainfall.

Ahmedabad is not only a world heritage city but is also one of the fastest growing cities in the world. It has historic ruins, great sports centres and ancient heritage sites, and tourists throng the place throughout the year.

What are the estimated packers and movers charges for local house shifting in Ahmedabad?

For local shifting, the charges vary depending on a lot of factors such as the number of moving goods, size of the truck, labors required, etc. Standard estimated moving rates for local shifting in Ahmedabad are:

What are the estimated Packers and Movers cost for moving from Ahmedabad to other cities?

The estimated packers and movers cost for moving to other cities from Ahmedabad can vary from ₹10,000 to ₹25,000 based on your requirements, since it depends on your number of goods and the overall distance and various other factors. Here is how it would cost you approximately when travelling to different cities.

Where can I get AssureShift's services in Ahmedabad?

AssureShift's partner services are available in all areas of Ahmedabad, whether it is Hadra, Chandlodiya, Sabarmati, Ambli, Aslali, Bhadaj, CG Road, or Chandkheda.

Who are the top packers and movers in Ahmedabad?

Domestic Packers and Movers in Ahmedabad

You can find top packers and movers near me for secure local house moving in Ahmedabad in less time and zero damages. For inter-state packing-moving services, domestic packers and movers Ahmedabad provide proper dismantling of bulky goods, high-quality packaging with protective layering, 100% risk-free loading-unloading services, and safe transportation & timely door-to-door pickup and delivery services at origin and destination. If you're planning to move in Ahmedabad from a different city for the first time, forget the stress of relocation by booking packers movers services in your particular city like movers and packers in Delhi, Gurgaon, Hyderabad, Mumbai, or any part of India; it will be doubly beneficial to look for intercity packers and movers services providers who have a branch in Ahmedabad as well.