Packers and Movers in Vadodara

346 Vadodara
Hire the best packers and movers in Vadodara at the best rates. Compare prices, services, profiles and reviews from our verified list of professional packers and movers and get quotes instantly. Fill out the moving form with your requirements to select a top packer and mover in just four easy steps.

Hiring Packers and Movers when planning a move in Vadodara is a good decision. Packers and movers have the expertise to oversee the entire relocation process, but finding a trustworthy moving company in Vadodara is very difficult.

You must verify any company before you hire them because the market is filled with fake moving companies that cheat you. Verifying a company, however, is quite difficult and will involve a lot of work.

AssureShift only lists verified companies that have undergone a background check from our team of experts. Our team checks their documents, work history, office locations and facilities to ensure only genuine packers and movers are associated with us.

You compare prices, profiles, services and reviews in one place. We also keep an eye on customer feedback to ensure you get the best services when you hire from us. 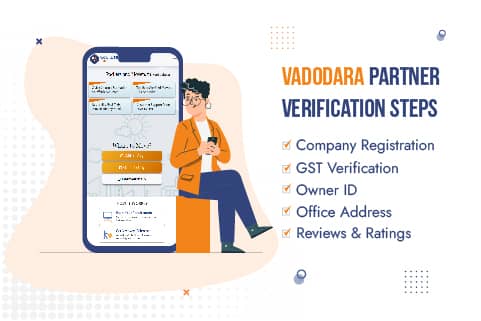 To get started, you just have to fill out the moving form with your requirements, and our software will give you 3 of the most relevant options based on it instantly. You will also receive quotes from the three companies, and you can compare them with the services they offer and choose the one you like.

You can just contact our support team for any queries and doubts, and they will solve them quickly and efficiently. 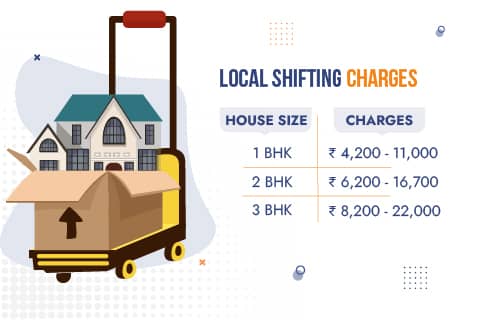 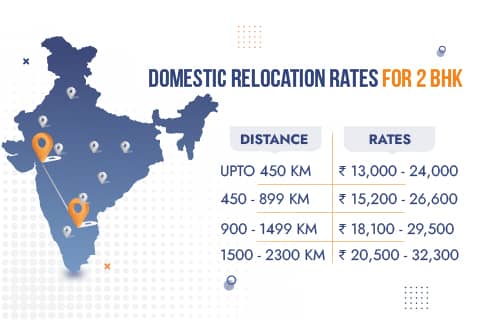 The charges mentioned above are tentative and can change based on your requirements. They can vary based on the overall service quality, the total number of goods and their weight, the distance you will have to travel to relocate etc. Keep these critical factors in mind when estimating the cost of Packers and Movers in Vadodara. 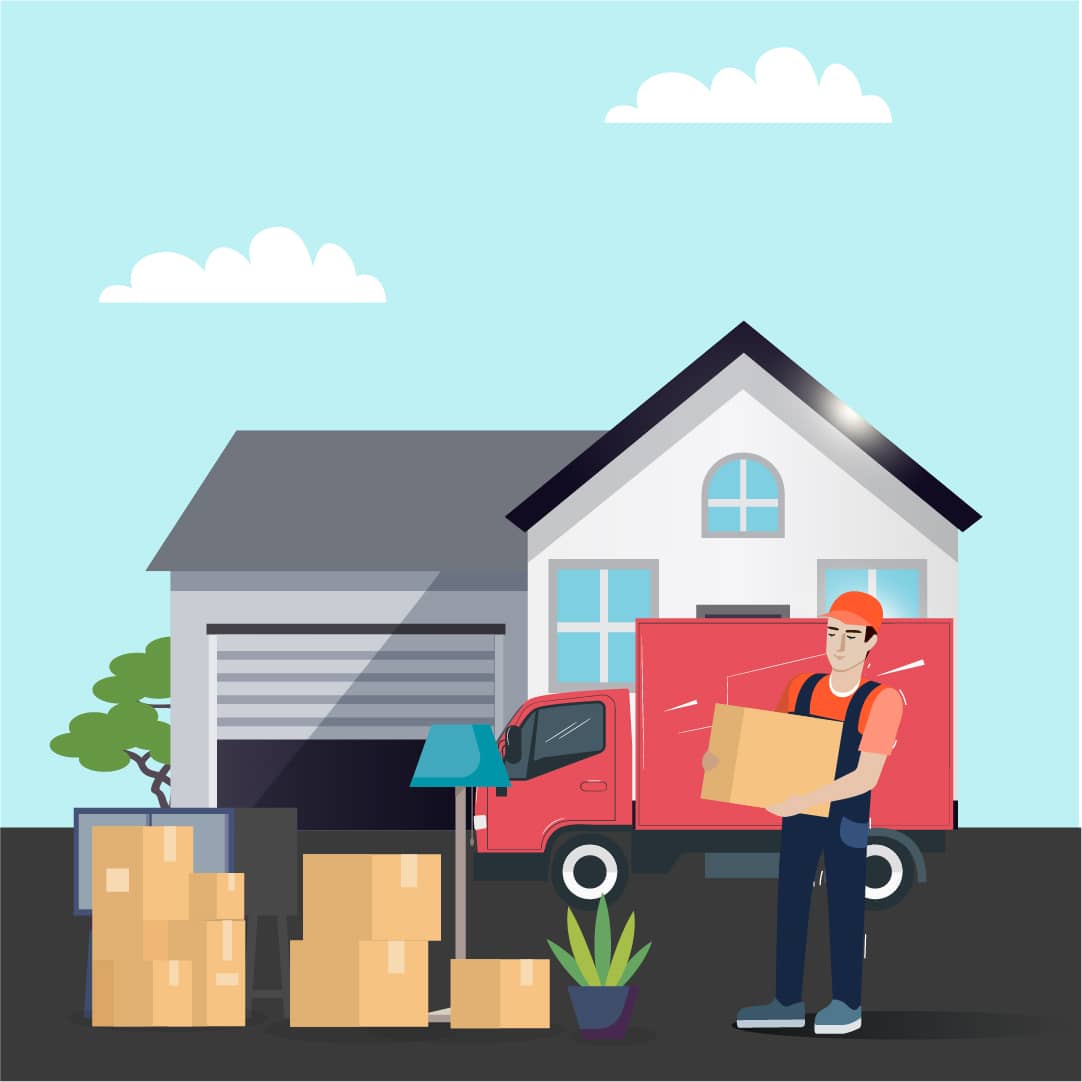 For relocating within the city, local packers and movers in Vadodara will handle all the packing and moving tasks from dismantling bulky goods, safe packaging, strategic loading & unloading, and using best-fit trucks for safe transportation. Best packers and movers Vadodara also help in unpacking and reassembling the goods after delivery at the destination. 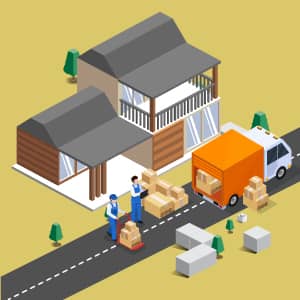 For long-distance shifting, domestic packers and movers Baroda pack your goods securely and deliver them to the destination within the scheduled time. As interstate relocation from Vadodara involves long-distance transport; you can decide whether you want a shared or dedicated truck; they also offer insurance coverage to protect against damages during transit. 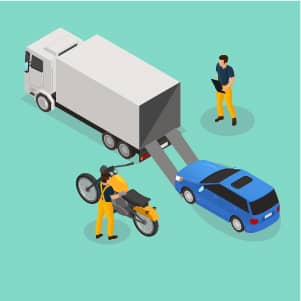 Professional vehicle packing and transporting service providers will dismantle detachable parts like mirrors, customized accessories, luggage boxes, etc., to prevent damages. The car/ bike will then be packed with bubble wrapper and corrugated sheets to avoid any scratches or dents during transit. Car/bike transporting companies in Vadodara also provide insurance coverage for vehicle. 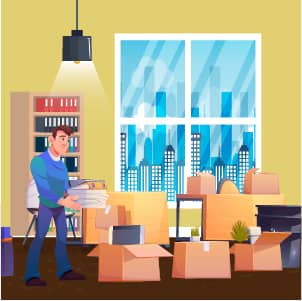 Storage companies in Baroda provide secure and affordable warehousing services for your home/ office/ commercial goods; you can store them for as long as you need and will be charged accordingly. They take inventory of goods stored and provide round-the-clock security with CCTV surveillance and other security arrangements, including providing insurance on your goods.

Located on the banks of the Vishvamitri river, just 100km from Ahmedabad, Vadodara is the second-largest city in the state of Gujarat. The city is named for its abundance of Banyan trees and was officially known as Baroda earlier. The city has a rich history and culture, giving it the sobriquet Sanskari Nagar.

Vadodara is famous for its educational institutions and large-scale industries. University of Baroda and Railway university are well-known institutes of education here. Other than that, it houses some big industrial names in the country with Indian Oil Corporation, Reliance and  Gujarat State Fertilizers & Chemicals,  L&T and Gujarat Alkalies and Chemicals Limited, to name a few.

Vadodara has what they call a borderline tropical savanna climate. Although it receives ample rainfall, it still has a hot semi-arid climate due to the region's high potential for evapotranspiration. It has hot and dry summers with temperatures as high as 44 degrees and cold, dry winters with temperatures below 3 degrees.

Vadodara is well connected to other cities via air, rail and road and sits along the famous National Highway 8, which connects Delhi and Mumbai. It is connected to Ahmedabad via the Vadodara Ahmedabad expressway, a four-lane highway. Vadodara’s only airport is famous for being the only green airport in the country.

Which places in Vadodara does AssureShift provide Packers and Movers Services?

How much are the charges for hiring packers and movers in Vadodara for moving to different cities?

The cost of packers and movers while shifting from Vadodara to other cities or states can vary based on factors other than quality and distance. Keeping that in mind, it can vary from ₹7,600 for a small number of goods to over ₹30,000 for large-scale shifting.

What are the estimated moving costs for home shifting services within Vadodara?

The cost of hiring packers and movers in Vadodara can be anywhere between ₹4,200 to ₹22,000 since it is affected by factors like the number of goods, distance and overall quality of service that you ask for.

If you are moving in and out of the city then get the best packers and movers in Vadodara only through the AssureShift.

Our partner companies will provide you with the best professional house shifting services in Vadodara. Consult with them directly or tell us requirements. Either way, you will get connected with the top packer movers in Vadodara.

The movers and packers Vadodara listed with us are some of the best home relocation service providers in Vadodara. They will provide you with the door-to-door services starting from professional sorting and organizing of your things, packing of delicate items with safety packing materials like bubble wraps, packing foam, styrofoam padded walls, wrapping paper etc. They would even use advanced equipment like hand gliders, trolleys, and sliders to carry, load, and unload your households.

With our mover packers service providers Vadodara, you can even get cost-reduction consultancy, pre-move surveys to accurately estimate your moving rates, and insurance policies. You can even hire a shared transportation vehicle with our packer movers Vadodara to reduce your moving cost even further.

Our website is well equipped and well designed to connect you only with genuine packing and moving service providers. After adequately checking their background and paperwork, we have listed only the best packers and movers. We even take recent customer reviews and update their rankings accordingly. So, be assured of getting the best professional moving packing services in Vadodara while hiring from us.

In case of any further queries, doubts and issues during and post-hiring, you can always connect with our Customer Support team, and they will be more than happy to resolve your problems.