Packers and Movers in Thane

345 Thane
Get budget-friendly and trustworthy packers and movers of Thane at your fingertips. Browse our list of verified packers and movers in Thane and compare profiles, reviews, services and more. Fill out the moving form and get quotes instantly. Follow four easy steps to book a packer and mover of your liking. Contact our support team for more. 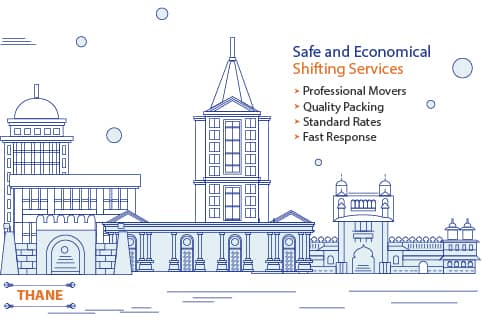 Hiring Packers and Movers is the way to go for a smooth moving experience. Hiring one, however, is a big task since there are many fake moving companies in the market who cheat you.

You must verify if the company is genuine before you select them for the move, and for that, you will have to check their documents and a lot of other things that will take a lot of time and effort.

AssureShift does exactly that. We only list verified and genuine packers and movers after they have been thoroughly checked by our team of experts. Our experts check their documents, offices, facilities and work history before giving them the ‘AS verified Badge’, which denotes that they are genuine. 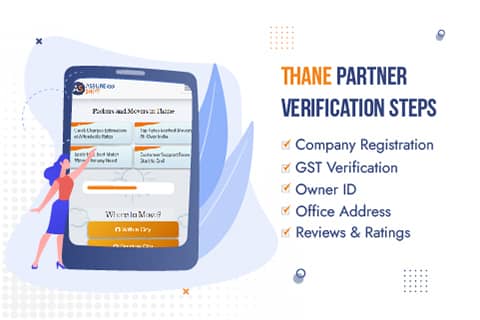 We ensure that you get the best services by regularly checking customer feedback and ranking the moving companies on the list accordingly. You can compare profiles, reviews and services through that list.

For a quick response, fill out the moving form with your requirements, and you will get the 3 most relevant companies based on it. You will then get quotes soon after, and you can compare the prices and the services of the companies and pick the one you like.

If you have any doubts or queries, you can contact our customer support team, who are always available. They will get all your doubts solved quickly and efficiently. 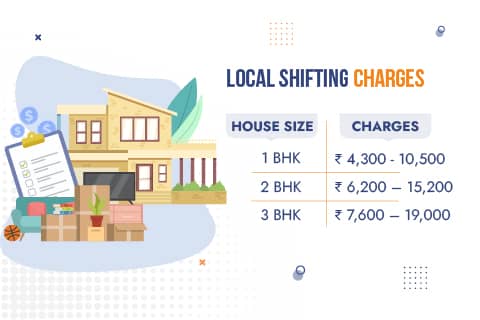 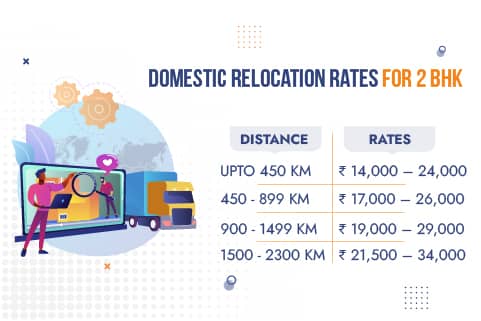 This above table categorizes the volume of your goods into 1BHK, 2BHK, 3BHK, and the types of your vehicle. You can directly co-relate to the city you are moving to find the most accurate price estimations of Packers and Movers in Thane charges. 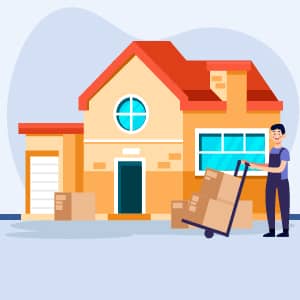 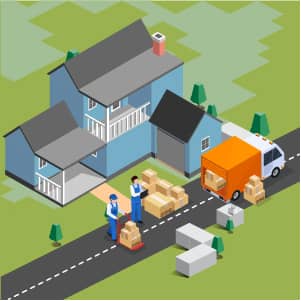 Interstate home shifting companies in Thane put more efforts into packing goods safely with protective packaging materials as the moving distance is long. Intercity movers and packers Thane use top-quality packing supplies and apt handling equipment like hand trucks, furniture sliders, panel movers, appliance dollies, and so on, for safe loading and unloading of household goods. Professional moving companies in Thane will also take care of the end-to-end logistics using a suitable truck for transportation; they give the option of choosing shared or dedicated trucks. Thane movers and packers also provide insurance coverage & reassembly servers upon your request. 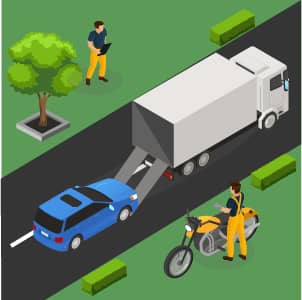 For vehicle transportation services in Thane, expert moving and transporting companies take utmost care when they put the vehicles on the carriers with proper stands and ropes to tighten the car and bike. Packers and movers Thane use corrugated sheets, bubble wraps, plastic wraps, etc., to avoid scratches and damages. The moving company also provides insurance coverage for transportation for customer reliability. 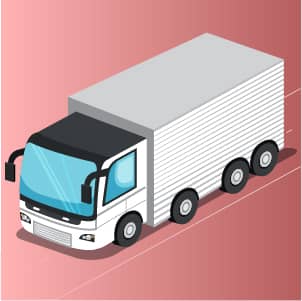 Thane movers and transporters offer truck rental services if you have fewer goods and you need only transportation service for shifting your goods from origin to destination within Thane city. Whether you are moving home or commercial goods, mover and packer companies in Thane offer complete logistic solutions including handling various challenges during transit. Packer and mover Thane assure safe transport and timely doorstep delivery of your goods. 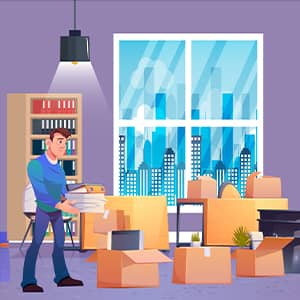 Office or commercial space moving companies in Thane are pro in proper planning and executing the shifting task in less downtime and minimum risk of damage to the hardware at affordable rates. Their experienced and professional laborers use necessary equipment and best strategies to move the computers, UPS, servers, tables & chairs, whiteboards, monitors, projectors, printers, tech & data centers, furniture, pantry items, and other important documents carefully. 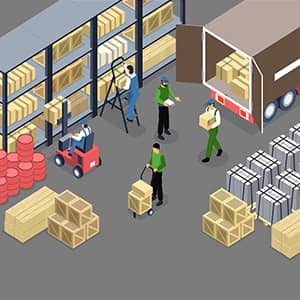 Best packing and storage companies in Thane have secure & well-organized warehouse facilities with 24/7 security along with insurance coverage. Customers can keep their house or commercial goods at any professional packers and movers storage facility in Thane for as long as required. Movers and packers Thane price for storage will be charged on a daily, weekly, or monthly basis as per your comfort. 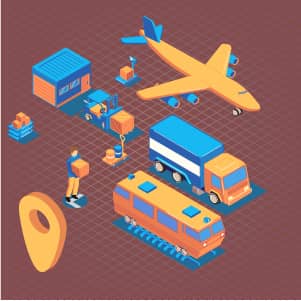 International packers and movers in Thane take care of all the documentation for cargo shipping from India to any country. Cargo movers and packers Thane provide international standard packing for safety of goods and handle all documentation formalities like export documents, import clearance at the destination, custom facilities, and consignment tracking, etc along with insurance coverage for shifting.

Thane is one of the most advanced Industrial districts of the country. It is a large metropolitan region with a multifaceted culture. The city is filled with all kinds of modern amenities and has a very good railway and road connection.

It is famous as the first ever Railway terminus of Asia and was connected to Mumbai through the first railway line of the country. During the British era, it was also the second major police check post from where it gets its name as Thane which literally means ‘Police Check Post’ in Marathi.

With more than thirty lakes, the region is also called as the city of lakes after Udaipur. Due to its abundant fresh water reserves, Mumbai heavily depends on this district for its water supply. With a backdrop of Sahyadri hills and a lot of greenery, the place has a very pleasant weather throughout the year except the monsoons when it gets a very heavy rainfall.

The district is already very well developed & has many commercial hubs of its own like Kalyan, Ulhasnagar, Bhiwandi, Ambernath etc. It is also extensively connected to Mumbai through railways and roadways & provides a lesser cost of living.

What are the estimated packers and movers Thane costs for shifting within the city?

The shifting charges may vary according to the brand of the movers, packaging materials used and the truck type, and other things as well. However, the approx. charges to shift in Thane are mentioned below:

What are the Packers and Movers Charges in Thane to move to different cities?

The cost of hiring packers and movers in Thane to move to different cities can be anywhere between ₹11,000 to ₹40,000 based on your requirements. Here are some ballpark figures to give you an idea of the costs

In which parts of Thane can I avail AssureShift's services?

Who are the top movers and packers in Thane?

If you are planning to shift inside the city or from the city then getting Packers and Movers in Thane would help you a lot. The lifestyle of Thane is quite similar to Mumbai and has a very fast pace. Match up with this fast lifestyle and always keep contacts of the best packers and movers in Thane.

Now AssureShift helps you in the most versatile way by connecting you with the top movers and packers of Thane in the best possible ways. Simply visit our website and browse through the list of top house relocation companies of Thane. Consult with them personally, get instant quotes and hire the best Packers Movers Thane easily.

To make it even more convenient, directly tell us your requirements, and our software will connect you with the top three Thane Movers and Packers based on your specific budget and requirements.

The packers movers Thane listed with us are the top house relocation service providers in Thane. They will take care of each and every step, starting from organizing and sorting your households to packing your delicate items with safety packing materials like bubble wraps, padded walls, packing foam etc. They would even give you additional assistance like disassembling-reassembling heavy furniture and electronics etc. Our Packers Movers often use advanced tools like sliders, hand trolleys etc to carry, load and unload your goods and transport in the most careful way.

Our partner companies are advanced and well aware of the most modern facilities for which they would also cover your Insurance in case of any mishap or even provide you warehouse storage facility. Contact AssureShift Customer Support in case of any further doubts, queries or issues.