Packers and Movers in Indore 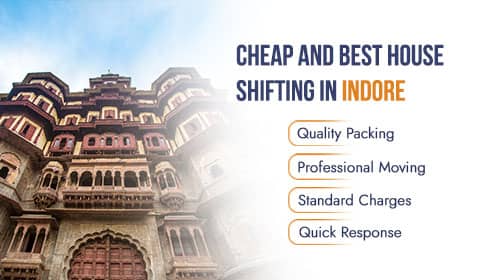 If you want a smooth moving experience in Indore, you will need reliable packers and movers who can take care of the move for you. However, finding a genuine moving company that can oversee the entire moving process is very difficult.

There are many fake moving companies who cheat you at the first opportunity, so you must first check if the packer and mover you are hiring is genuine. You will need to spend a lot of time and effort to do so.

AssureShift solves your hiring problems and helps save your precious time which you can use in planning the move or new home setup.

We list verified packers and movers who have already undergone checks from our team of experts. We check their work history, facilities and their documents before giving them the AS verified badge that denotes that they are trustworthy and genuine. You can compare their profiles, services and reviews all in one place. 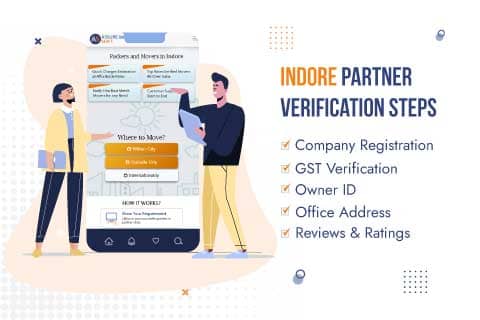 For the fastest results, fill out the moving form on the page with your requirements. You will get 3 companies that match your requirements in minutes and quotes from the companies soon after. You can then compare prices and the services they offer to pick one that suits you the best.

You can always contact our dedicated support team to have your doubts or queries solved, and they will do so quickly and efficiently. 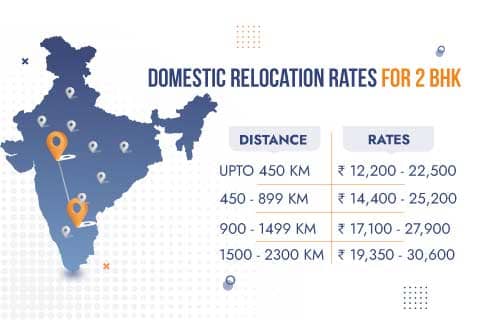 The packers and movers cost in Indore can change with respect to a number of factors like the distance between the place of origin and destination, the quality of packaging materials and services and the total number and load of items that are being moved. This may result in changes to the figures we have given you based on your requirements.

Services Offered by Movers and Packers in Indore 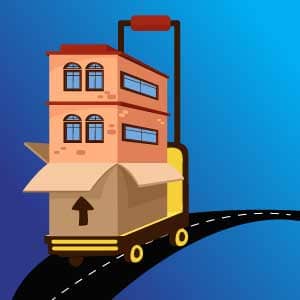 Home packers and movers in Indore are experienced in packing all type of goods. For local shifting top packers movers Indore will disassemble bulky/ fragile goods like furniture, refrigerator, AC, TV, geyser, etc., and use apt tools and best techniques to carry out cautiously load and unload goods. For safe and smooth room shifting services in Indore, best-fit trucks are used for quick transportation and timely doorstep delivery. 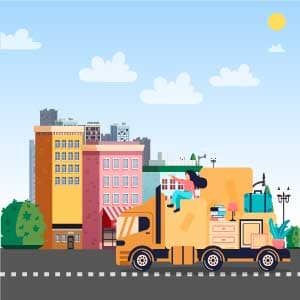 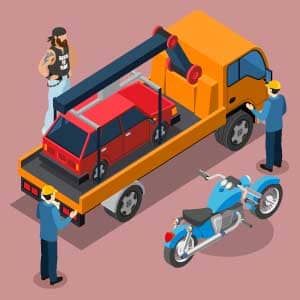 Skilled bike/car packers and movers Indore will first dismantle removable parts that are easily breakable during transit like mirrors, stand, luggage boxes, customized accessories, and other vehicle parts. To avoid car/bike from scratches and damages, they pack vehicles with bubble wraps and corrugated sheets. 2/4 wheeler will be transported in suitable open/closed vehicle carriers to safely deliver them to your doorstep within the scheduled time. 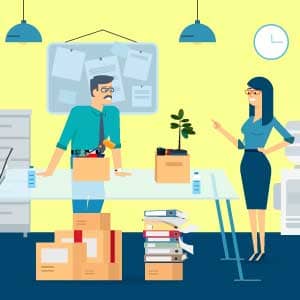 Workplace relocation in Indore is best done by professionals who can dismantle and pack delicate IT & network equipment like servers, monitors, LCDs, UPS, projectors, printers, and other office goods. Office packers and movers firms in Indore are capable of shifting & setting up the office space in minimum downtime & zero risks. Best office shifting services in Indore also use necessary handling equipment like hand trucks, moving dollies, sliders, and so on, to carry out safe loading/unloading of office goods.

Top moving and storage firms have secure & well-organized storage space along with round-the-clock security and insurance coverage. Customers can store their home or commercial goods as long as required and they will be charged accordingly. Movers and packers in Indore also provide insurance coverage for your stored goods.

Located right at the southern edge of the Malwa plateau is Indore, Madhya Pradesh’s most populous city. Sitting at an elevation of around 550 metres above sea level, it is one of the highest major cities in central India and one of the most densely populated. It is also one of the cleanest cities in India.

The city had a lot of significance during medieval times, serving as the trade hub between the Deccan region and Delhi and retained its prominence during the British raj where it was one of the 19 Gun Salute princely states under the Maratha Holkar dynasty.

While it no longer has the significance it had in finance and commerce, Indore is still a significant place for it. It is a commercial centre for goods and services and hosts a biannual global investors summit, attracting investors far and wide.
Indore has a blend of Maharashtrian, Malwi, Rajasthani and Gujarati cuisine with an amazing street food scene. It also has favourable climatic conditions where the summers are warm but pleasant, and the winters are quite cold but can be dealt with.

What is the estimated local relocation cost in Indore?

The average estimated packing-moving rates for local shifting in Indore are:

What is the estimated packers and movers charges for Domestic Relocation in Indore?

The estimated packers and movers charges in Indore for Domestic relocation lie between ₹12,000 and ₹35,000, depending on the number of goods you have and the distance to be travelled and the quality of service that you need.

In which areas of Indore can AssureShift's services be availed?

Assureshift's services can be availed in all parts of Indore, whether it is Ashish Nagar, Bairathi Colony, Bengali Square, Rajwada, Pardesi Pura or Kanadia Road.

Domestic Packers and Movers in Indore

Relocation is tough! Whether you are shifting in or from the city, get the best Packers and Movers in Indore to make your house relocation much easier and simpler.

Directly browse through the list of best packers movers in Indore, consult personally and hire the best one out of them. You can even simply tell us your requirements, and our software will connect you with the top three Packers and Movers in Indore based on your budget, location and specifications.

Our partner house-shifting company, Indore will even provide you the full proof of professional services like pre-move surveys, price reduction consultancy, Insurance policies and warehouse facilities.

Just connect with the AssureShift Customer Care Support team in case of any further issues and doubts during or post hiring.