Planning to Relocate and Launch a Startup? Here are the Top Cities for Startups in India

The best cities to launch a startup in India. 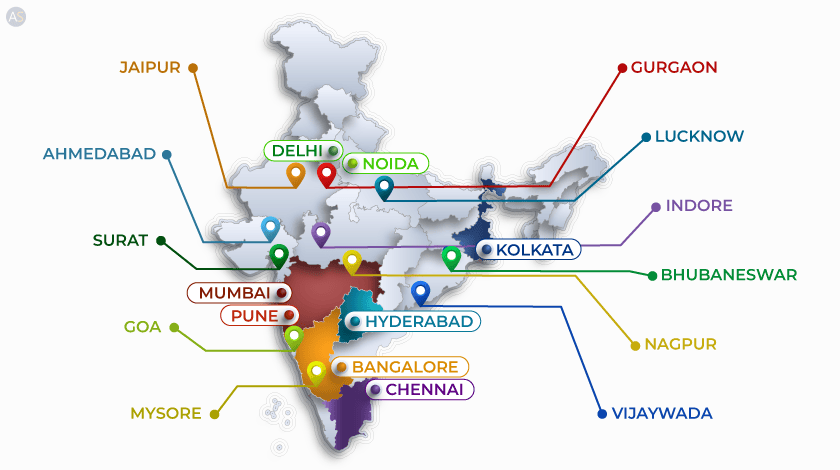 Starting a startup can be a challenging and rewarding experience, and the location you choose can have a big impact on your success. So you will need to select the right place with the right climate and workforce for your startup to blossom.

India has embraced the startup culture with open arms. The country is home to a rapidly growing startup ecosystem, with a diverse range of cities that offer a range of advantages to entrepreneurs.

From a mere 7,000 startups in 2008 to more than 50,000 a decade later, the number of startups has exploded in the country with Bangalore, Mumbai and Delhi ranking among the top 20 startup cities in the world.

There is fierce competition from other cities in India as well, and in this blog post, we will highlight the top 10 cities for starting a startup in India.

Bangalore, also known as the "Silicon Valley of India," is a top destination for startups due to its availability of skilled talent, vibrant tech scene, and supportive ecosystem.

The city is home to a large number of tech startups and is home to several major tech companies, including Infosys and Wipro and some amazing startups like Swiggy and Byju’s. The government has also implemented a number of initiatives to support the startup ecosystem, such as the Startup Cell and the Startup Warehouse.

Check out the ultimate guide for moving to Bangalore if you're planning to move there.

Hyderabad is another great city for startups, with a growing tech industry and supportive government policies. The city is home to a number of successful startups, such as Dodla Diary and Bharath Biotech, and is known for its technology sector, which has grown immensely in recent years.

The government has also established a number of initiatives to support the startup ecosystem, including the Telangana Startup Cell and the Telangana Innovation Society.

Delhi is a city that is well-known for its thriving startup scene, with a large market and a skilled workforce. A number of successful startups, like Zomato and Snapdeal, are based in Delhi, and the city has a strong reputation in the IT and engineering sectors.

The government has also taken steps to support the startup ecosystem in Delhi through initiatives such as the Delhi Startup Cell and the Delhi Innovation Society.

Mumbai, the financial hub of India, is a city that boasts a diverse economy and a variety of industries. There are many successful startups based in Mumbai, such as Toppr and Ola, and the city offers a range of funding options.

Additionally, Mumbai has a large consumer market, making it an attractive location for startups seeking a wide customer base.

Also read: Things to know before moving to Mumbai.

Pune has a strong manufacturing sector that makes up a bulk of its industries. However it also has a budding startup scene that is expanding rapidly, making it a desirable location for startups. Pune is home to successful startups such as Faasos and FirstCry, and offers access to a skilled workforce.

The government has also established initiatives like the Pune Startup Cell and the Pune Innovation Society to support the startup ecosystem in the city.

Noida is fast becoming one of the top destinations for entrepreneurs and their big dreams. It has been extensively planned and well executed and is primed to be a tech and startup hub for years to come.

It already has a few established players like Bharat Arpanet and Bytebrackets. The social and economic climate is perfect for nurturing startups.

Chennai is another city that is popular among startups, with a strong manufacturing base and access to a skilled workforce. The city is home to a number of successful startups, such as Zoho and Netmeds.

The city is actually known for its strong manufacturing industry but is now a desirable destination for launching startups. You also have a number of government initiatives to support their growth as well.

Kolkata is a city that is becoming increasingly popular among startups, with a thriving tech scene and a supportive ecosystem. The city is home to successful startups such as Sasta Sundar and SleepyCat.

Look up these top places to live in Kolkata before planning your move.

With most metropolitans having more than their fair share of startups, they are awfully crowded places. So many founders and entrepreneurs are looking towards emerging tier II cities to create their organisations.

If you are looking for smaller tier II cities to get started, then there are lots of them as well. Even the local and national governments have launched initiatives to make it easier to create startups and run them in these cities.

In conclusion, India is home to a diverse range of cities that offer a range of advantages to entrepreneurs looking to start a startup. Bangalore, Hyderabad, Mumbai, Delhi, Pune, Chennai, Kolkata, Ahmedabad, and Gurgaon are all great options for startups, each offering a unique combination of skilled talent, access to markets, and supportive ecosystems.

Whether you are interested in the tech scene, manufacturing, or any other industry, these cities are the places to be in to support your startup's growth and success.