Packers and Movers in Kolkata

265 Kolkata
Hire the top Packers and Movers in Kolkata. Compare prices, services, reviews and photos of our verified packers and movers and choose one that is the best for you. You can pick one in minutes in just four easy steps and fill out the moving form to get quotes from at least three companies instantly. 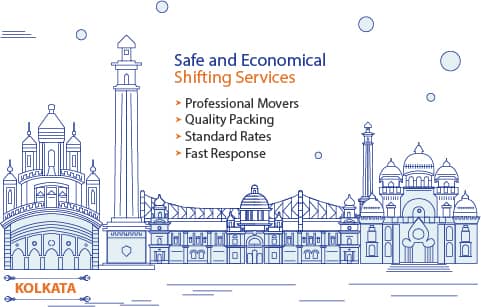 Hire Packers and Movers for the best moving experience in Kolkata.

Hiring reliable Packers and Movers in Patna will help you move easily, but finding a trustworthy moving company is difficult since the market is filled with fake companies that cheat you.

You must verify if the company is genuine before you hire them. This is if you want to hire by yourself. If you go with AssureShift, we assure you our listings are 100% genuine packers and movers.

The companies undergo thorough verification of their documents, work history, facilities and other things before they being listed with us. You are also assured of the best services because we rank them according to customer feedback. You can compare profiles, reviews, and services, among other things, before you choose one. 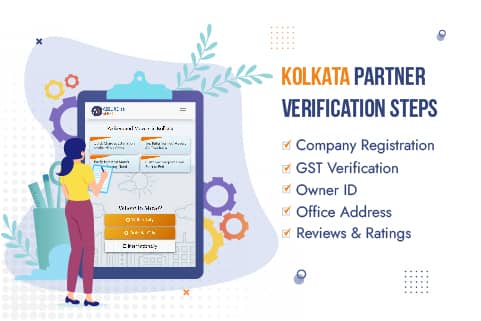 If you have any doubts or queries, our dedicated customer support team is always available to solve them. 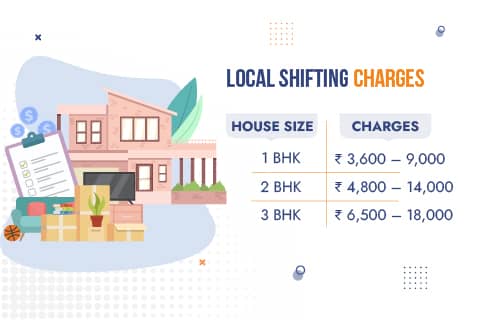 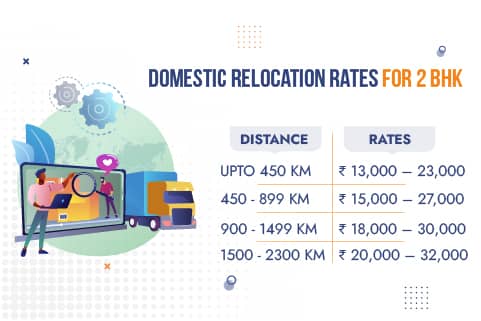 It is important to note that the Packers and Movers charges in Kolkata can change depending on many factors. The number of goods, quality of services i.e., packaging materials, trucks, warehousing services etc., and the distance covered during relocation will have an effect on the overall costs. So the charges mentioned above are tentative and are subject to changes based on your requirements. 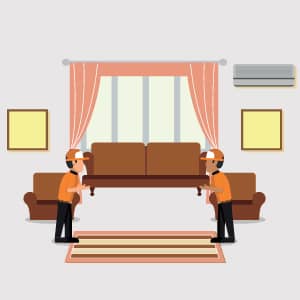 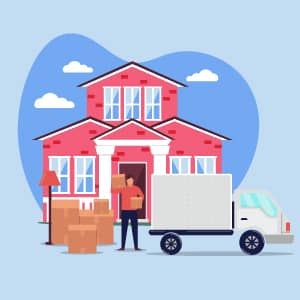 Local packers and movers Kolkata use protective packing only for delicate items as regular goods will not be easily damaged over short distance shifting. Professional local movers and packers in Kolkata also use proper tools and techniques for safe loading-unloading of all items especially furniture and appliances. Within city Kolkata packers and movers will unpack and reassemble all items after final delivery at your doorstep. 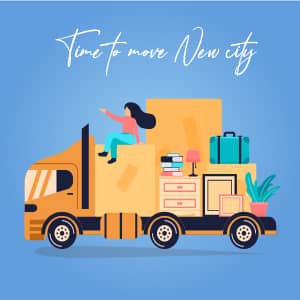 Domestic relocation requires attention to packaging as distance to be covered is long. Protective packing and proper dismantling of bulky goods like furniture and home appliances will be performed. Interstate movers and packers in Kolkata decide whether shared or dedicated truck is suitable for your goods and delivery time will also be decided. They also provide transit insurance for safety of goods during transit and throughout the process. 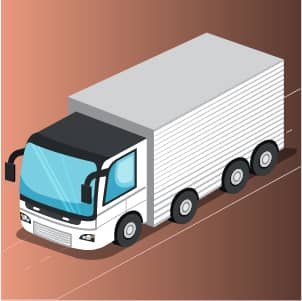 Kolkata moving and transport companies offer truck rental services to transport your goods from origin to destination within Kolkata. Whether you are moving household or commercial goods, Kolkata mover and packer companies offer complete logistic solutions including handling various challenges during transport. Packers and movers Kolkata ensure safe transport and timely delivery of your goods no matter the distance of travel. 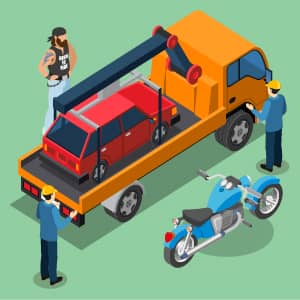 Dedicated bike/car packers and movers in Kolkata are well-trained to carry out safe car transport and bike shifting from Kolkata. Moving labor will disassemble loose parts like mirrors, spoilers, and other accessories and use bubble wraps, corrugated sheets, and plastic wrap to prevent dents/scratches. Movers will load the vehicle into specialized carrier trucks and use straps and belts to fasten the vehicle and ensure timely doorstep delivery. 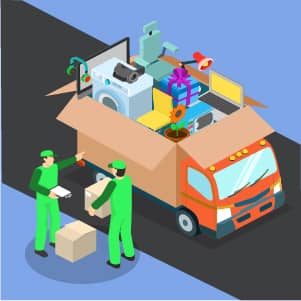 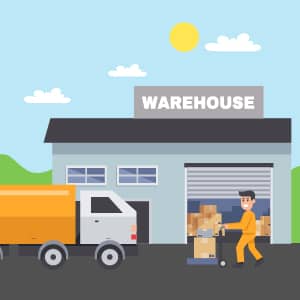 Moving and storage companies in Kolkata offer storage/warehouse facilities to store commercial or home goods at budget-friendly rates per day for as long as you require. Kolkata movers packers also provide 24/7 security surveillance, insurance coverage, and maintain inventory of all goods that go into storage to ensure easy tracking and complete safety of the goods. 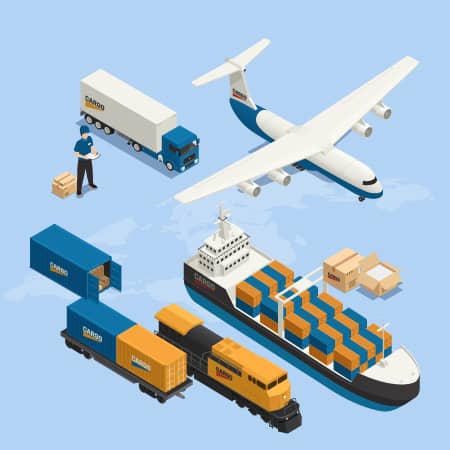 Kolkata, formerly known as Calcutta, was once the capital of India under British reign. It was built with all the magnificence of a European capital with great structures and amazing planning but now is just a shadow of its former self due to decades of political violence. It is still a city with rich history and great political importance.

Located astride the banks of river Hoogli, a tributary of the Ganges, it is now the capital city of West Bengal. Before, though, it was the most important city in the country, whether it came to administration, trade or military power. It was the seat of power of the British rule in India, and there is still evidence that remains in the form of its infrastructure that paints a picture of its rich and magnificent colonial history.

Modern-day Kolkata is a commercial hub with international trade taking place in its massive port which is the oldest in India. It is also the financial capital of east India and plays host to the Calcutta Stock Exchange. It houses a large number of manufacturing companies and publishing houses. It is also one of the only two eastern cities in the country to have an international airport.

That is not much of a surprise when you take Kolkata’s history of public transportation into consideration. It had the first operational metro in India and the first operational tramlines which continue to run to this day. Kolkata is also the only city in India to have Metro, Local trains and Tramlines operating for public transport within the city.

Kolkata houses a great number of colonial-era buildings like the victoria memorial, St Paul’s Cathedral and Calcutta high court, which are magnificent sights to behold. It also hosts the biggest book fair in the country, something a book lover must experience.

What is the estimated relocation cost to relocate within Kolkata?

The charges of packers and movers in Kolkata vary depending on factors like moving distance, the total number of goods and the quality of packaging materials used. So it can be as cheap as ₹5,300 or as expensive as ₹15,700 depending on what you need.

What are the estimated charges of Hiring Packers and Movers to move to a different city from Kolkata?

The cost of hiring packers and movers in Kolkata to move to different cities can range from ₹12,000 to around ₹50,000, depending on the distance between the cities, the number of items and the overall quality of service.

In which parts of Kolkata do AssureShift offer Packers and Movers Services?

Who are the Top Packers and Movers in Kolkata?

Domestic Packers and Movers in Kolkata

Hiring Packers and Movers in Kolkata is the easiest way to relocate within the city or from it. Trying to move on your own is not advised since it involves a lot of work and stress that you can otherwise avoid if you hire a good relocation company.

Hiring a trustworthy hiring company itself is not easy. There are many fake packers and movers in the industry and they cheat you if you go for them. You will need to verify if a company is genuine before you hire them, and for that, you have a lot of work in front of you again.

Fortunately for you, you can leave that part to us. We verify each packer and mover thoroughly and give them an AS verified badge which denotes that they are genuine. Hiring such packers and movers ensures a safe and quick moving experience since they use high-quality packaging materials like corrugated boxes, bubble wrap, plastic wrap, moving blankets and pads, packing foam & peanuts, etc.

Our Kolkata movers and packers ensure end-to-end service and take care of door-to-door pickup, disassembly and assembly of electronic items like ACs, geysers and TVs, loading and unloading, the moving trucks and the final placement. They make sure even the bulky goods like Sofas, wardrobes, Tables and beds are handled properly by using the latest equipment like furniture sliders, moving dollies for appliances and furnishings, hand trucks, panel movers, moving straps and ropes.

You can select one by filling out the moving form with your requirements. You will then receive 3 options based on it in minutes and quotes soon after. Just compare the quotes, prices, services and the company profile to select one.

If you have any doubts, we have a dedicated customer support team that will solve them for you. They will be there during the delivery and after it.